What Is the Difference between a Proverb and an Idiom? 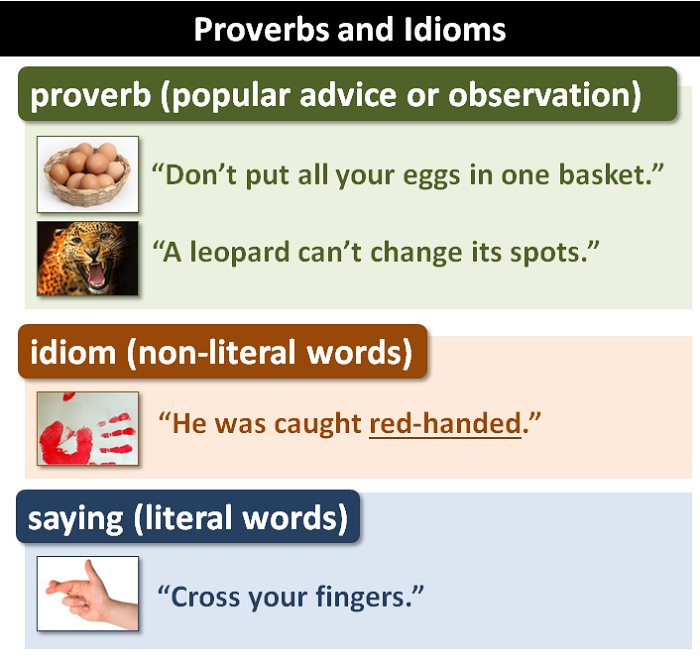 A proverb is a short, popular piece of advice or an observation that is generally held to be true. For example:

Examples of Proverbs That Give Advice:

Examples of Proverbs That Are Observations:

Often, these popular observations are also intended as advice. For example, "Rome was not built in a day" means "be patient," and "a penny saved is a penny earned" means "save your money."

An idiom is a popular saying whose meaning is not apparent from its words. In other words, the literal words of an idiom do not help with understanding the meaning. For example: Therefore, proverbs that do not employ literal words are also idioms.

Not every entry on this list is an idiom or a proverb. Some are just "sayings." We have used the term "saying" for a non-idiomatic group of words that are commonly used together (for example "cross your fingers").

Grammarly's app will help with:

(This free browser extension works with webmail, social media, and texting apps as well as online forms and Microsoft Office documents, like Word and Teams.)