What Are Verbs? (with Examples)

Verbs are words that express physical actions (e.g., to jump), mental actions (e.g., to guess), or states of being (e.g., to exist). Here are some more examples: Verbs are extremely important. Every sentence requires a verb. The verb in a sentence tells us what the subject is doing. You might find it useful to think of verbs as "doing" words.

Here are some sentences with verbs that express physical actions. (In each example, the verb is in bold.)

(The verbs "sells," "wrote," and "bought" all express physical activities.)

(The verbs "guessed," "think," and "considers" all express mental activities.)

Verbs Expressing a State of Being

A small but extremely important group of verbs do not express any activity at all; they express a state of being. The most important verb in this group (arguably of all) is the verb "to be."

Here are some example sentences with different forms of the verb "to be":

Here are some other verbs that express a state of being: Here is the verb "to be" in the different tenses:

"I am" is the shortest sentence in English.

As well as being categorized as a physical verb, a mental verb, or a state-of-being verb, a verb will often be further categorized as one of the following:

An action verb expresses an activity that a person or thing can do. For example:

Compare those verbs with these:

A stative verb expresses a state rather than an action. A stative verb relates to a state of being, a thought, or an emotion. For example: Read more about stative verbs.

A transitive verb is one that acts on something (i.e., it has a direct object). For example:

A modal verb is a type of auxiliary verb used to express ideas such as ability, possibility, permission, and obligation. The modal auxiliary verbs are "can," "could," "may," "might," "must," "ought to," "shall," "should," "will," and "would." For example:

A phrasal verb is a verb made up of more than one word (usually two words). A phrasal verb has a main verb and another word (either a preposition or a particle). The phrasal verb usually has a meaning different to the main verb. For example:

Here is an 18-minute video that explains all the key terms associated with verbs:

There is a lot of terminology associated with verbs. Below are explanations of the most common terms.

When the infinitive form of a verb is not preceded by "to," it is called the "bare infinitive." For example:

Read more about the infinitive form of a verb.

Verbs that express actions occurring now are said to be in the present tense.

Verbs that express actions in the future are said to be in the future tense. These are usually formed by preceding the verb with the word "will."

("Will take," "will surrender" and "will move" are all verbs in the future tense)

Subject of a Verb

The person or thing performing the action of the verb is said to be the subject of the verb.

Read more about the subject of a verb.

Direct Object of a Verb

Many verbs perform an action on something. The thing being acted upon is called the direct object of the verb.

Some verbs cannot have a direct object. These verbs are called intransitive verbs.

Verbs that can have a direct object (most of them) are called transitive verbs.

Indirect Object of a Verb

The subject of a sentence does not always do the action of the verb. Sometimes, the action is done to the subject. Such sentences are called passive sentences because the subjects are being passive, i.e., not doing anything.

Passive verbs always comprise two parts ("was arrested" in this example). The person doing the action of the verb in a passive sentence is usually shown with the word "by." Passive verbs are said to be in the passive voice. Passive sentences can be quite useful:

All subjects fit into one of these categories. This issue rarely causes problems for native English speakers, who conjugate verbs correctly without much thought. Read more about subject-verb agreement.

(The word "soaring" is a present participle. Here, it is being used as an adjective to describe "price.")

(The word "forgotten" is a past participle. Here, it is being used as an adjective to describe "hero.")

Note: When a verb form (like a participle) functions as an adjective or a noun, it is known as a verbal. Read more about participles.

Why Should I Care about Verbs?

The terms covered on this page will be useful if you're learning or teaching a foreign language because your study books will be full of them. That said, here are five more good reasons to think more carefully about verbs.

We fill our speech with verbs. As a result, speech is clear and structured naturally. Writing, on the other hand, can be boring, corporate, predictable, and structured abnormally, which are usually consequences of overusing nouns.

So, to ensure your writing contains lots of verbs, a good trick is to say your sentence aloud and make that the starting point for your sentence structure. This will put more verbs into your writing and reduce the number of nouns. Opting for verbs over nouns will make your sentences flow better and also reduce your word count because you will avoid the articles (e.g., "an," "the") and prepositions (e.g., "in," "on") that are needed to make nouns work.

To optimize your sentences even further, use action verbs over linking verbs, which – like nouns – can sound a little stuffy. 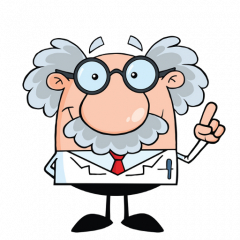 "If your writing reads like writing, then re-write it."

(Reason 2) Ensure your subject and verb agree in number.

Here is an excellent reason to care about verbs: subject-verb agreement.

"Subject-verb agreement" means using the right version of the verb to agree with the subject. It just means saying "The cat was hungry" and not "The cat were hungry." In other words, it's about changing a verb to match its subject (called "verb conjugation").

Verb conjugation is a simple concept, but there are many traps that cause writers to match a singular subject with a plural verb, or vice versa. When this mistake occurs, we say there is no subject-verb agreement. A subject and its verb must agree.

Here are three examples of sentences with no subject-verb agreement. (The verbs are shown in bold.)

Read more about the traps that cause no subject-verb agreement.

Here are some common spelling errors caused by failing to spot a verb:

(Reason 4) Spot when you've written a sentence and end it appropriately.

Remember that a sentence expresses a complete thought and includes a subject and a finite verb. It may sound basic, but lots of writers fail to spot when they've written a sentence. Consequently, they commit the most common mistake made by otherwise excellent writers: the run-on sentence. The most common type of run-on sentence is writing a sentence, putting a comma, and then writing another sentence. Having written a sentence, writers are drawn to a comma because they've more to say and feel a period (full stop) is too abrupt. It isn't. A period is fine. There are other options of course (e.g., a dash, a semicolon, an ellipsis (three dots), a subordinating conjunction like "because") – you just can't use a comma.

What's this got to do with verbs? Well, spotting finite verbs and their subjects is a good starting point for dividing your work into proper sentences. If you look at the wrong examples above, you will find a subject, a finite verb, and a complete thought either side of the comma, which means you're looking at two sentences.

(This sentence comprises two "standalone sentences" (i.e., independent clauses). The comma before "and" is correct.)

When a conjunction does not join two independent clauses, it is normal not to use a comma.

Spotting finite verbs and their subjects is a good starting point for dividing your work into independent clauses, and that's key for determining whether to use commas before conjunctions.